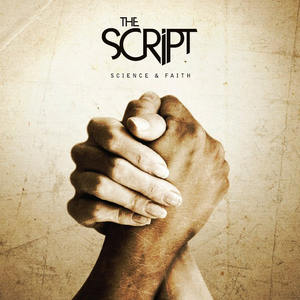 Science & Faith is the second studio album by Irish alternative rock band The Script. It was released in Ireland on 10 September 2010 on RCA Records. It was preceded by the lead single, "For the First Time" on 3 September 2010. It debuted at number one in Ireland and United Kingdom, selling 70,816 copies in its first week in the UK. In the US, Science & Faith debuted at number three on the Billboard 200 with first-week sales of 49,000 copies.The album has sold 314,000 copies in the US, and over 1.5 million worldwide. The album was met with generally mixed reviews. User-contributed text is available under the Creative Commons By-SA License; additional terms may apply.